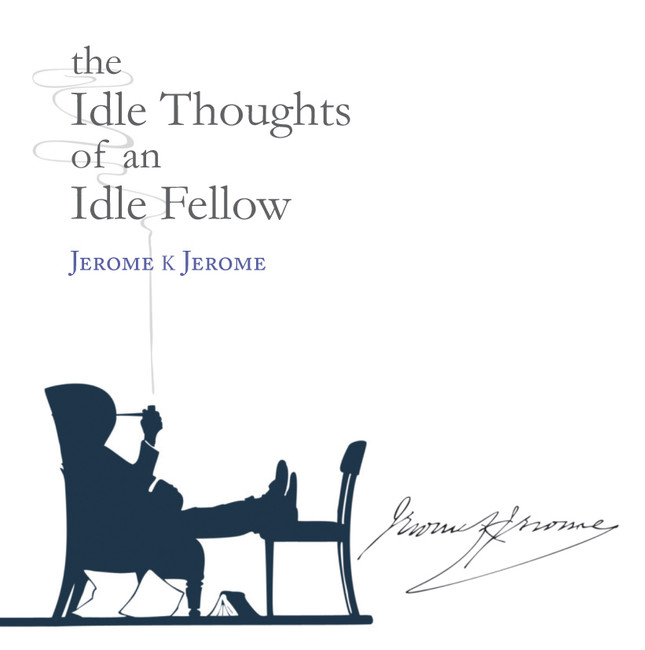 The Idle Thoughts of an Idle Fellow

"There are various methods by which you may achieve ignominy and shame. By murdering a large and respected family in cold blood and afterward depositing their bodies in the water companies' reservoir, you will gain much unpopularity in the neighborhood of your crime, and even robbing a church will get you cordially disliked, especially by the vicar. But if you desire to drain to the dregs the fullest cup of scorn and hatred that a fellow human creature can pour out for you, let a young mother hear you call dear baby 'it.'" Unsurpassed as a work of literary and comic genius, Jerome K Jerome's Idle Thoughts is a wonderful set of essays detailing the author's view on a variety of topics, from babies and being hard up to cats and dogs, furnished apartments and being in love "Questions of taste were soon decided in those days. When a twelfth-century youth fell in love he did not take three paces backward, gaze into her eyes, and tell her she was too beautiful to live. He said he would step outside and see about it. And if, when he got out, he met a man and broke his head--the other man's head, I mean--then that proved that his--the first fellow's--girl was a pretty girl. But if the other fellow broke his head--not his own, you know, but the other fellow's--the other fellow to the second fellow, that is, because of course the other fellow would only be the other fellow to him, not the first fellow who--well, if he broke his head, then his girl--not the other fellow's, but the fellow who was the-- Look here, if A broke B's head, then A's girl was a pretty girl; but if B broke A's head, then A's girl wasn't a pretty girl, but B's girl was. That was their method of conducting art criticism. "Nowadays we light a pipe and let the girls fight it out among themselves."

Buy The Idle Thoughts of an Idle Fellow