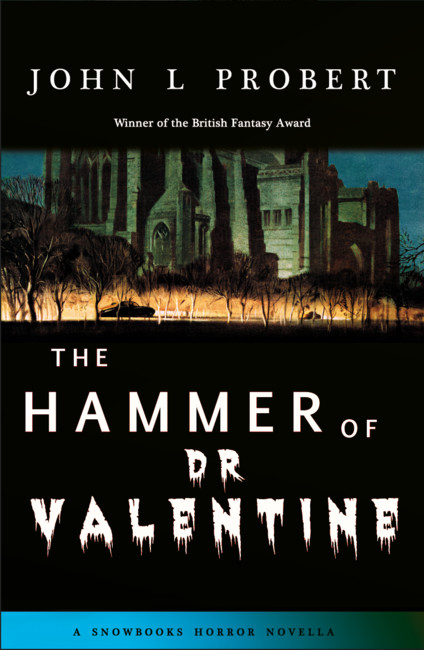 The Hammer of Dr Valentine

It had been two years since Dr Edward Valentine’s murderous rampage saw nine medical practitioners murdered in a series of elaborate deaths; each one inspired by deaths from within Vincent Price films. Now, with the silhouette of Castell Coch providing a suitably fitting background, the body of Dr Valentine’s next victim is catapulted into the darkened mouth of the Welsh valley. Having been meticulously arranged to ensure the moment of death is just as he wants it, the still-living body of his victim lands squarely on a heavy golden cross placed at the very bottom of the gaping valley. Before the police have had a chance to learn of this elaborate death, Dr. Valentine has struck again. Thirty-one-year-old journalist, Margaret Upchurch, whose article “Doctor Death – The Mad Medic Who Slew His Own Kind” accepts an invite to the British Museum where she believes she will be reporting on an evening of ‘Ancient Egyptian Splendour and Excitement’ courtesy of a Professor Fuchs. However, what awaits her is another elaborate murder at the vengeful hands of Dr. Valentine. How far will Valentine go with his murderous campaign this time around?...

Buy The Hammer of Dr Valentine