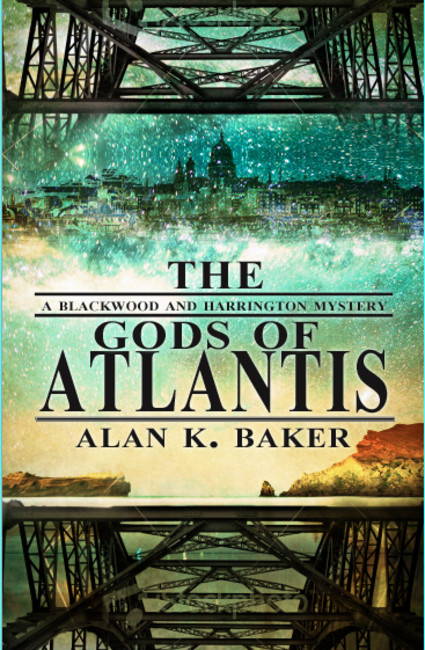 The Gods of Atlantis

WELCOME TO ATLANTIS, 1899. Something has been discovered beneath the most sacred of burial sites on the island of Atlantis ... something that may require the rewriting of the early history of human civilisation. In London, Thomas Blackwood, Special Investigator for Her Majesty’s Bureau of Clandestine Affairs and his colleague Lady Sophia Harrington, Secretary of the Society for Psychical Research, are instructed to investigate the recent disappearance of the scientists Albert Michelson and Edward Morley along with the prototype of a device which will allow the control of mechanical devices with the human mind. Michelson and Morley were last seen in the Atlantean capital, Poseidonis... In their latest adventure, Blackwood and Harrington embark on a perilous journey from the fogbound streets of London to the sundrenched and myth-haunted island of Atlantis, where they will make a shattering discovery about the ancient history of Earth ... and Mars...

For previous Blackwood and Harrington mysteries: "This was one of the best books I have read in a while" -- Goodreads "..a delicious mix of nostalgia harking back to H. G. Wells mixed with a very modern take on a sci-fi Victorian London." -- bigsmoke.org.uk

Buy The Gods of Atlantis