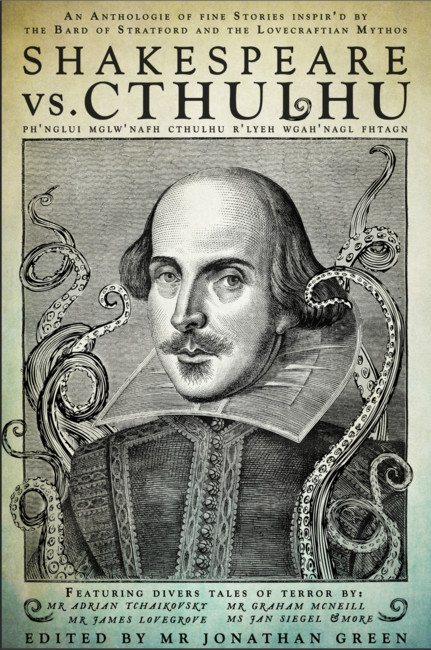 Shakespeare Vs Cthulhu An anthologie of fine stories inspir’d by the Bard of Stratford and the Lovecraftian Mythos Imagine if it had been William Shakespeare, England’s greatest playwright, who had discovered the truth about the Great Old Ones and the cosmic entity we know as Cthulhu, rather than the American horror writer H P Lovecraft. Imagine if Stratford’s favourite son had been the one to learn of the dangers of seeking after forbidden knowledge and of the war waged between the Elder Gods in the Outer Darkness, and had passed on that message, to those with eyes to see it, through his plays and poetry. Welcome to the world of Shakespearean Cthulhu! To mark the 400th anniversary of the death of William Shakespeare, Snowbooks proudly presents fifteen stories of eldritch horror that blend the Bard’s most famous plays with Lovecraft’s most terrifying creations. But before you dip into this curséd tome, be warned – that way madness lies...