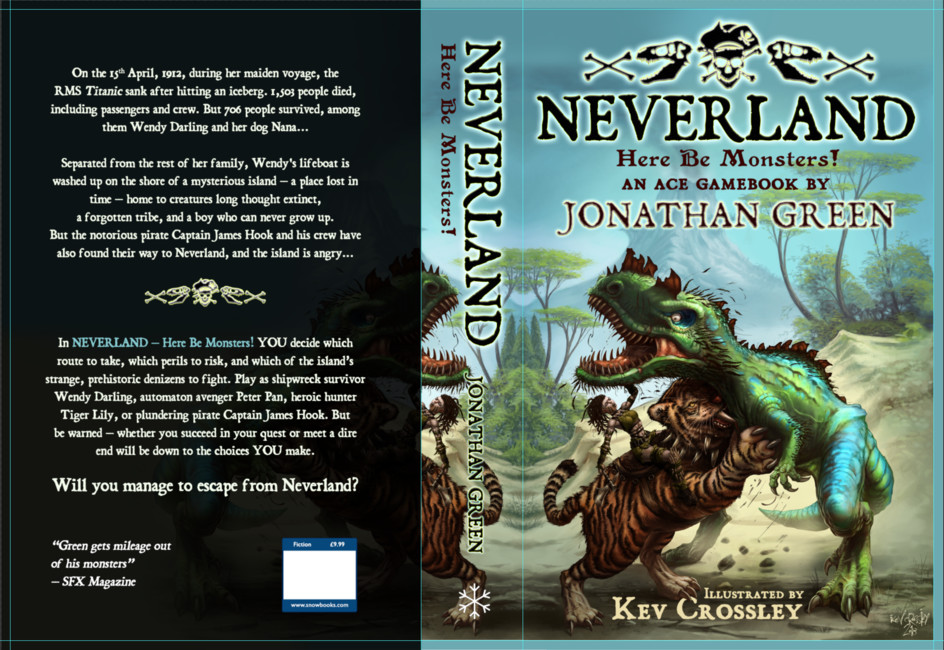 On the 15th April, 1912, during her maiden voyage, the RMS Titanic sank after hitting an iceberg. 1,503 people died, including passengers and crew. But 706 people survived, among them Wendy Darling and her dog Nana... Separated from the rest of her family, Wendy's lifeboat is washed up on the shore of a mysterious island – a place lost in time – home to creatures long thought extinct, a forgotten tribe, and a boy who can never grow up. But the notorious pirate Captain James Hook and his crew have also found their way to Neverland, and the island is angry... ___ In NEVERLAND – Here Be Monsters! YOU decide which route to take, which perils to risk, and which of the island’s strange, prehistoric denizens to fight. Play as shipwreck survivor Wendy Darling, automaton avenger Peter Pan, heroic hunter Tiger Lily, or plundering pirate Captain James Hook. But be warned – whether you succeed in your quest or meet a dire end will be down to the choices YOU make. Will you manage to escape from Neverland?