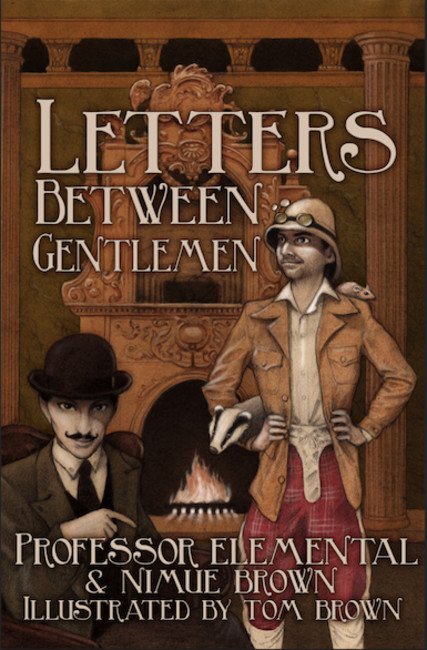 Professor Elemental and Nimue Brown and illustrated by Tom Brown

Professor Elemental: Misunderstood and benevolent genius, evil killer, or slightly deluded idiot? Private investigator Algernon Spoon really isn’t sure, but as the bodies mount up, it looks like someone is bent on slaughter. But who? And why? And is there going to be Battenberg?

"Letters Between Gentlemen is a thoroughly entertaining read, filled with at first subtle humor that builds and weaves into a madcap and zany yarn. This novel should not only appeal to fans of Professor Elemental and Nimue Brown, but I would also recommend it to fans of Gideon Defoe and Terry Pratchett. I must warn the reader, however, that it may plant a seed of longing in them. I can now think of nothing I want to do more then share a waterside with a badger." -- Abney Park's Robert