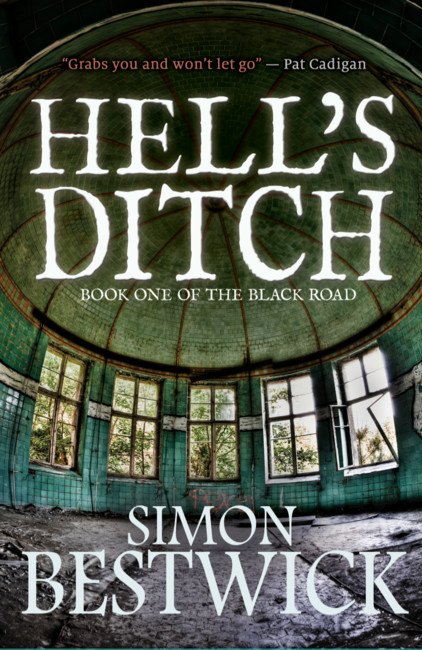 The dream never changes: a moonless, starless night without end. The road she walks is black, bordered with round, white pebbles or nubs of polished bone; she can’t tell which but they’re the only white in the darkness, marking her way through the night. In dreams and nightmares, Helen walks the Black Road. It leads her back from the grave, back from madness, back towards the man who caused the deaths of her family: Tereus Winterborn, Regional Commander for the Reapers, who rule the ruins of a devastated Britain. On her journey, she gathers her allies: her old mentor Darrow, the cocky young fighter Danny, emotionally-scarred intelligence officer Alannah and Gevaudan Shoal, last of the genetically-engineered Grendelwolves. Winterborn will stop at nothing to become the Reapers’ Supreme Commander; more than anything he seeks the advantage that will help him achieve that goal. And in the experiments of the obsessed scientist Dr Mordake, he thinks he has found it. To Winterborn, Project Tindalos is a means to ultimate power; to Mordake, it’s a means to roll back the devastation of the War and restore his beloved wife to the living. But neither Winterborn nor Mordake understand the true nature of the forces they are about to unleash. Forces that threaten to destroy everything that survived the War, unless Helen and her allies can find and stop Project Tindalos in time.