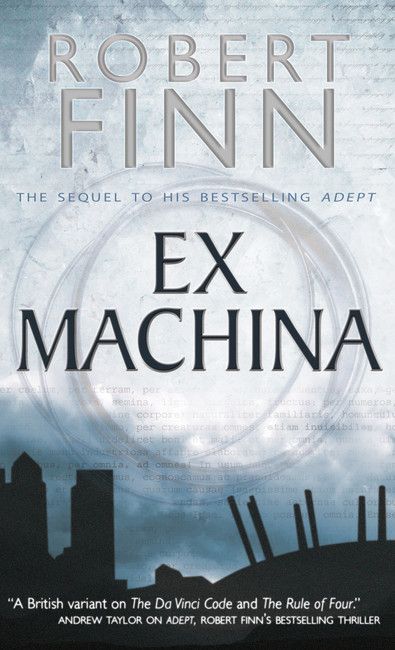 If you've read Adept, then you know just how strange the world really is and what happened when Susan Milton and David Braun got mixed up in the theft of the Marker. Well, one year on and the Marker is still missing. Susan, David and the Professor have a plan to get it back, but before they can put it into effect, they make the mistake of recruiting Jo Hallett to help them. As well as a ferocious intellect, she's self-absorbed, unreliable and a disruption to any team she joins - not to mention a gift to its enemies. But she also holds the key to a mystery that's defeated a hundred generations of fanatics: what power lies behind the Marker and the remarkable talents of those who covet it? If she can avoid betraying her friends and being caught or killed by their enemies the answer can be hers - in exchange for her life. In Ex Machina, Jo tells her story.

On Adept: The Observer Review (World of Books) said it had achieved 'a measure of success rare among new, small publishers�.'