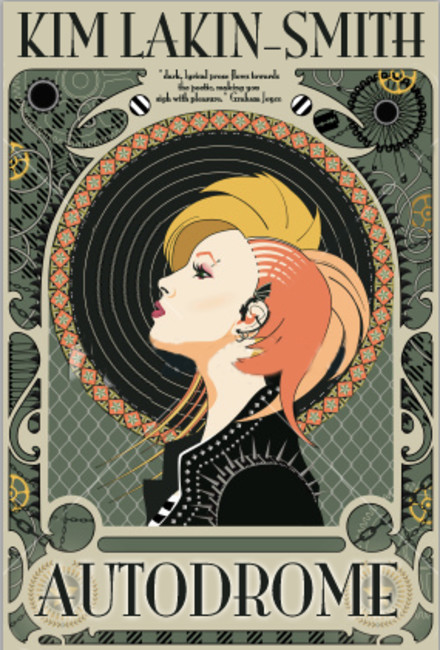 With its population of teen motorsport enthusiasts, promoters, grease monkeys and drivers, life in the steam and gas powered metropolis of Autodrome is all about the race. On the same day that 15 year old Zar Punkstar qualifies as a Pro Leaguer, he finds his inventor father murdered, and a clue – a Paranascope scroll containing a holographic map of the city. An encounter with the mysterious race promoter, Braxton Earl, leads him to enter the city’s infamous Ramrod Rally, a series of races, obstacle courses and death traps in Autodrome’s notorious outer suburbs, The Eras. His team mates include fellow racer and number one crush, Raina Jubilique, and a group of jaded ex-Pro Leaguers who'd sooner stab each other in the back as race together. His opposition are a mixed bag of polished Pro Leaguers, hired thugs, and parts' pirates. But who to trust in a world of competitors? And for a champion like Zar, is the ultimate prize to win the Ramrod, or to outwit a killer?

Brought up on the rough side of town, Zar Punkstar's one chance to shine is racing jacked-up retro automobiles through the streets of Autodrome. Securing a place in the legendary Ramrod Rally should have been his ultimate dream, but the murder of his mysterious father and his junky mother's overdose, not to mention the mysterious team manager, the thugs on his tail and his fighting team-mates, put him at the centre of an off-beat mystery adventure like no other. The backdrop is a strangely steampunk future, a city like something out of Metropolis but full of steam technology and clockwork gadgets revolving around the motor industry and a population whose only relief is an obsession with cars and rallying. What lifts this oddball setting out of the ordinary is Lakin-Smith's deft prose, from the loving depiction of the city and its inhabitants to powerfully emotional set-piece scenes. In lots of waysAutodrome is a conventional quest story for grease monkeys, but the characterisation and careful realisation of the city make this far more than a steampunk adventure romp for Top Gear fans.