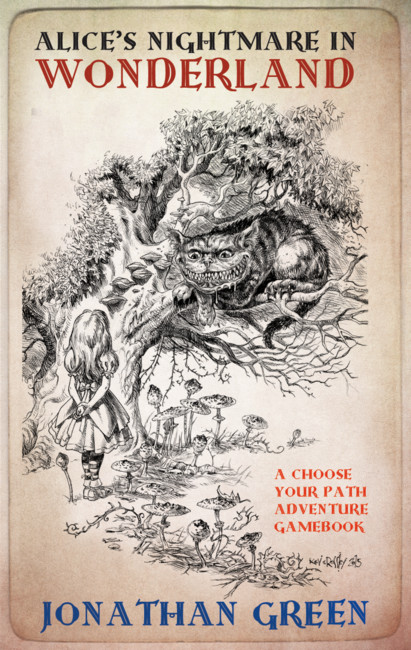 Several years after the events of Alice’s Adventures in Wonderland and Through the Looking Glass, Alice finds herself back in Wonderland and called upon to save the world of playing cards and talking animals from the increasingly deranged Queen of Hearts. But all is not as it first appears in the fluctuating dream world and soon Alice is battling to save herself from the nightmare that is rapidly overtaking the realm. Have you ever wondered what would have happened if Alice hadn’t drunk from the bottle labelled ‘Drink Me’, or if she hadn’t joined the Hatter, the March Hare, and the Dormouse for tea? Well now you can find out. In Alice’s Nightmare in Wonderland, YOU decide which route Alice should take, which perils to risk, and which of Wonderland’s strange denizens to fight.  But be warned – whether Alice succeeds in her quest or meets a dire end as the nightmare escalates will be down to the choices YOU make.   Are you ready to go back down the rabbit-hole?

"As well as the story and gameplay there is some fantastic artwork throughout demonising and steampunking John Tenniel's classic art." Five star Goodreads review